I am amazed at what we Christians think “the Bible says…” about various subjects!

I recently had a kid tell me that, “the bible says that tattoos are a sin”. Of course this was something that his parents had told him.

So, what does the Bible say about tattoos?

Leviticus 19:23-28 23 “When you enter the land and plant fruit trees, leave the fruit unharvested for the first three years and consider it forbidden.[f] Do not eat it. 24 In the fourth year the entire crop must be consecrated to the Lord as a celebration of praise. 25 Finally, in the fifth year you may eat the fruit. If you follow this pattern, your harvest will increase. I am the Lord your God. 26 “Do not eat meat that has not been drained of its blood. “Do not practice fortune-telling or witchcraft. 27 “Do not trim off the hair on your temples or trim your beards. 28 “Do not cut your bodies for the dead, and do not mark your skin with tattoos. I am the Lord.

In this passage God is speaking to his covenant people Israel. He is specifically telling them to stay far from the religious practices of the surrounding people groups. The prohibited religious practices in these verses include eating bloody meat, fortune telling, certain hair cuts related to the priests of false cults, cutting or marking the body for dead relatives, cultic prostitution and consulting psychics. All these practices would lead God’s beloved people away from Him and toward false gods that were not Gods at all. In the midst of this context we find the word translated “tattoo marks” in verse 28. It is important to note here that the context of this passage is not one of body décor but one of marking one’s self in connection with cultic religious worship. Check out what Bible commentaries tell us much about the eastern religious practices that God was warning His people to shun.

The practice of making deep gashes on the face and arms and legs, in time of bereavement, was universal among the heathen, and it was deemed a becoming mark of respect for the dead, as well as a sort of propitiatory offering to the deities who presided over death and the grave. The Jews learned this custom in Egypt, and though weaned from it, relapsed in a later and degenerate age into this old superstition (Is 15:2; Je 16:6; 41:5). “nor print any marks upon you” (v:28 )—by tattooing, imprinting figures of flowers, leaves, stars, and other fanciful devices on various parts of their person. The impression was made sometimes by means of a hot iron, sometimes by ink or paint, as is done by the Arab females of the present day and the different castes of the Hindus. It it probable that a strong propensity to adopt such marks in honor of some idol gave occasion to the prohibition in this verse; and they were wisely forbidden. Jamieson, R., Fausset, A. R., Fausset, A. R., Brown, D., & Brown, D. (1997). A commentary, critical and explanatory, on the Old and New Testaments. On spine: Critical and explanatory commentary. (Le 19:28). Oak Harbor, WA: Logos Research Systems, Inc.

“Make any cuttings in your flesh” (v:28): the reference here is to the practice of making deep gashes in the skin while mourning the death of a relative. This was done to provide life blood for the spirit of the dead person rather than to express sorrow. On account of the dead: as indicated above, this describes the purpose of all the actions in verse 27 as well as verse 28. Péter-Contesse, R., & Ellington. (1992). A handbook on Leviticus. UBS handbooks; Helps for translating (Page 296). New York: United Bible Societies.

The “tattoo” marks described in Leviticus 19:28 were clearly related to false religious practices. The word translated tattoo in our English Bibles is the Hebrew word “qa aqa”, this word appears only one time in the Bible, here in this passage Leviticus. The word “qa aqa” means literally “to cut” but taken with the surrounding words indicates a cutting that left a mark imprinted in the skin. This could have been a form of branding, scarring, cutting or a process where ink was inlaid into the skin; there is not enough data to fully define exactly what this word meant. However we translate the word “qa aqa” though, in this passage, it is certainly used in the context of cultic religious worship. The prohibition against “qa aqa”, (translated tattoo) was to keep the Israelites from being involved or affiliated with cultic worship practices. Plus, I get the sense that it is referring putting the tattoo on yourself… so just make sure you have someone do it for you. (ha, just a little joke there!)

Anyway, the tattoo of today is much different than it was for those who originally received the Pentateuch (the first 5 books of the bible). Today tattoos are a decorative means of self expression and personal decoration. In our current culture people modify their appearance for beauty in many ways such as clothing choice, makeup, plastic surgery, haircutting and coloring, weight loss, body-building, and ear piercing. Some of these practices have a history in ancient ritual and false religion, but in our cultural context they do not denote a connection with evil or false faith. In the same way tattoos today do not link the wearer to cultic worship practices and is not generally practiced for ancient religious purposes, tattoos today are for ornamentation.

Yet another reason to believe Christians are free to tattoo their bodies is that New Testament believers are not bound by the Old Testament laws to gain or regain right relationship with God. If we were to obey the laws of the Old Testament we would also be bound by rules that would restrict shellfish and pork eating, hairstyles, wearing of clothes made from two different fabrics, even eating cheese on hamburgers (yes, it is true). Some also feel that modifying the body somehow defiles God’s creation, but if this was true would it be right to pierce ears, correct a club foot, cut hair, clip nails, get a tan or use orthodontia? Each of the previously mentioned practices modifies the way we were originally created, some permanently. Getting a tattoo is a deeply personal choice that falls in the category of personal appearance and is vitally connected to the freedom of the believer. The Apostle Paul reminds us that the Old Testament Law was designed by God was to lead people toward Jesus. Now that Jesus has come and set us free, we are not under the law for our good standing with God. Our right standing before God comes from placing our trust in Jesus’ death on the cross to pay for our debts, not on following the Old Testament regulations.

Galatians 3:24–25 24 Therefore the Law has become our tutor to lead us to Christ, so that we may be justified by faith. 25 But now that faith has come, we are no longer under a tutor.— NAS

As New Testament followers of Jesus we are not under restriction in the area of personal décor.
Tattoo of today can describe images that merely please the wearer, or have deeper meaning to the owner. Many Christians today are tattooing themselves not in tribute to a false idol or anti-Christian deity, but with love for the one true God and Creator. Many today utilize this permanent marking a way of giving glory to God. Some find that Christian tattoos attract questions about faith and provide opportunities to give God glory by allowing the story-telling of His Love to those who aren’t convinced yet.

Tattoo is a significant life-choice and should be only entered into with a great deal of forethought. Some questions to ask yourself if you are young and considering a tattoo are:

Am I legally of an age to get a tattoo?

If I live with my parents, would my parents support my decision?

Would I be defying the authority God gave my parents over me at my current age?

Would I still want this particular image when I get older?

What if my future mate wouldn’t like having to see this image for a lifetime?

Would this tattoo be in an area of my body that would be plainly visible? – Many people do unfairly judge people with tattoos as being “second-class.”

Would this image bring God glory?

Do I feel fully convinced that tattoos are allowable for Christians?

Tattoo is not for everyone, and is certainly not for a Christian who feels unconvinced that getting a tattoo is completely Biblical. In this and many areas of the Christian life there are many truly excellent believers who have varying degrees of agreement and disagreement about Christians with tattoos. In whatever you believe about this issue I hope that you will leave gracious space for others who might feel differently.

May ALL things bring Glory to our great God, Jesus the Christ. 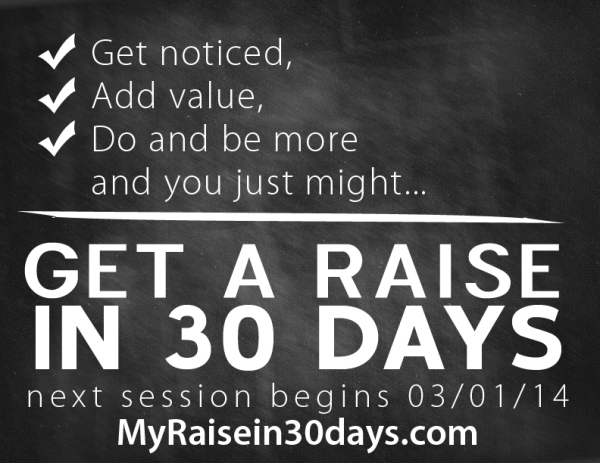 223 thoughts on “What Does the Bible Say About Tattoos?”