The Love of God in Christ

“You see, at just the right time, when we were still powerless, Christ died for the ungodly. Very rarely will anyone die for a righteous man, though for a good man someone might possibly dare to die. But God demonstrates his own love for us in this: While we were still sinners, Christ died for us. Since we have now been justified by his blood, how much more shall we be saved from God’s wrath through him! For if, when we were God’s enemies, we were reconciled to him through the death of his Son, how much more, having been reconciled, shall we be saved through his life! Not only is this so, but we also rejoice in God through our Lord Jesus Christ, through whom we have now received reconciliation.

“But Paul’s vision of God’s love, rising here like the sun on a clear summer’s morning, shines through all the detail that has gone before…God’s love has done everything we could need, everything we shall need. As Paul continued to explore the meaning of the reconciliation that has taken place between God and human beings, he delves down deep into the depths of what God had to do to bring it about….When we look at Jesus, the Messiah, we are looking at the one who embodies God’s own love, God’s love-in-action.” (NT Wright, Paul for Everyone: Romans, pt 1 chapters 1-8, 86)

Paul has spent a great deal of space telling the world, telling the church at Rome, telling anyone who would listen exactly how terrible is the predicament of man. It is bad. One might say that if it was bad in Paul’s day, it might be worse now. I doubt it. All bad such as Paul is speaking of is relative to the age. That’s not to say bad is relative, it is to say that the nature of the depravity is relative to the age. I agree with many who think that there is something terribly amiss in this world, in our culture, and in the church in general. I am not so pessimistic to think it is beyond redemption-in fact, I think that might have something to do with Jesus and why he came in the first place.

That’s what I love about Romans 5:6-11. If one were to read Romans and suddenly stop at the end of Romans 4, one might be left despairing and hopeless although, to be sure, Paul has dropped hints and given us glimpses of the beauty of what God has been planning for humanity such as chapter 3:23-24: “…for all have sinned and fallen short of the glory of God, and all are justified freely by his grace through the redemption that came by Christ Jesus.” And perhaps also this in chapter 5:1-2: “Therefore, since we have been justified through faith, we have peace with God through our Lord Jesus Christ, through whom we have gained access by faith into the grace in which we now stand. And we boast in the hope of the glory of God.” But these hints in these places are hints. Here in Romans 5:6-11, Paul blows the lid off the whole thing: Here’s what God did despite all that I have written about in the previous paragraphs! And we are stunned. We are stupefied. We are knocked down; thrown for a loop. Our entire world is shattered by these few sentences concerning God and his actions.

At just the right time God did the most inconceivable thing: No eye had seen, no ear had heard, no one could even imagine what God had planned for us; many still find it impossible to believe. Yet God was not even willing just to say ‘I love you.’ For God it was not enough to give lip-service to his great love for us: He demonstrated it. He made it visible. He made it concrete. He put his love on display for all to see. He so loved the world that he didn’t bother to ask anything of us. He so loved the world that he sent, essentially, himself. Paul will later express this love as such: “If God is for us, who can be against us? He who did not spare his own Son, but gave him up for us all-how will he not also, along with him, graciously give us all things?” (8:31-32)

Have any of us plumbed the depths of love this God has for his rebellious children? (Ephesians 3)

I’ve been thinking about these verses because it seems to me that this God is rather amazing. Paul hasn’t written, in these particular verses, about the pride of men. He has written about how utterly confounding is this God who loves and forgives and heals and justifies and resurrects despite the worst man has to offer. “You see at just the right time, when we were still powerless, Christ died for the ungodly.”

So there it is again: Hope! Forgiveness! Healing! The love of God towards a people who are decidedly against him. He continues, time and time again, to astound us and reverse all our conceptions of himself. We hate, and he loves us. We run away, he chases after us. We curse, he blesses us. We sin, he forgives us. We deny he exists, he shows Himself in Jesus. We kill him, he Resurrects! We can’t really make out this God can we? We cannot really, truly comprehend a God who goes out of his way to make himself real to us, who so desires that we be his people and that he be our God that he will be crucified to make the point and to make it possible, who is so wildly in love with us that he himself will deal with our sins instead of asking us to. He makes a way where no way exists. He creates a people where none is. He extends mercy where there is none.

The best irony there is is that God loves us. In spite of all the worst that Paul wrote we are, in spite of all the devastation we manage to conjure up because of sin, in spite of our creative habit of inventing new ways to die and kill and run away from God-in spite of it all: He still loves us. The Hound of Heaven dogs our every step and won’t relent; pressing in on every side.

Dare we imagine a God, dare we submit to a God-this God of the Bible, fully come in Jesus Christ? Dare we love such a God who dared to love us?

I am first and foremost a Christian. I am a preacher. I am a husband and a dad. I love reading, writing, woodworking, collecting stamps, playing guitar, listening to music, baseball, golf, NASCAR (24!), blogging, studying, learning, green olives, cashews, Red Delicious apples, Chocolate, and swiss cheese. I am anxious for the Return of Jesus to redeem those of us who are waiting. Thanks for stopping by.
View all posts by Jerry H → 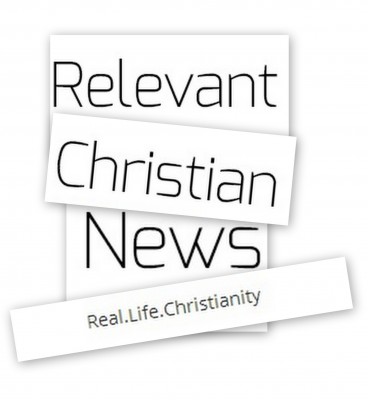